The installation was based on a View of the Forum in Rome by 18th Century engraver and architect Piranesi. The work was sited in the Lakeland Forum a large and busy Leisure Centre in Enniskillen Co. Fermanagh.

The work was in two parts; there was a large sculptural assemblage based on one element of the Piranesi, which was deliberately ramshackle in appearance, and an adapted version of a Piranesi, which had been laboriously transcribed and added to with examples of civic buildings from 1960s. The contrast between the precision and glamour of the Piranesi piece and the sculpture it stands in front of can be seen as a metaphor for the way that some grand architectural schemes may fall short of their lofty aims.

On one level the piece was intended to be quite humorous; the figures who wander around the ruined Forum are replaced with modern day youngsters complete with hoodies and trainers.

On another it referenced art history, the history of public sculpture and civic architecture, particularly the use of Classicism to assert certain values. Classical motifs have been used to evoke a sense of seriousness and possibly reverence in the eyes of the viewer. In Enniskillen the grand columns of Portora School are a perfect example of the use of classicism in this way.

Andy Parsons produced an installation filling the S.I.B. gallery in Tokyo with a cardboard city, and populated the environment with hoodies. The hooded figures represented the marginalized and anonymous. The environment, created from discarded cardboard boxes, commented on the ecomomic crisis and its impact around the world.

The cardboard city also played with ideas about architectural style and urban planning, utopias and dystopias. Using quotations from 1960s architecture the installation linked Tokyo with Coventry in England, notorious for its massive swaths of concrete.

This research project was based on an interface between small scale sculptures and contexts chosen by the public.

An edition of sculptures was produced in the style of 19th Century Staffordshire figures, using injection moulding rather than ceramic. A set of 6 of the sculptures was loaned out by the University of Huddersfield Library to students, staff, and members of the public. At the end of the residency the remaining works were lent to members of the public and currently the whole edition is in circulation, living in different domestic and work environments.

The sculptures aimed to bridge the gap between the domestic and the public and invite discussion about issues such as taste, the role of art and our attitudes towards young people in society

These two images are from a sequence of installations in Wolf on Arm in Sligo (see projects page). The public context of the space – the studio was a disused pharmacy on a busy town centre street – informed the idea of the working studio environment also functioning as an artwork. 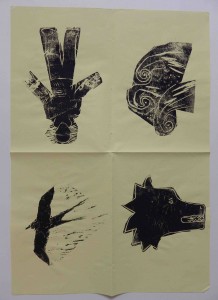 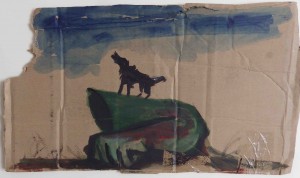 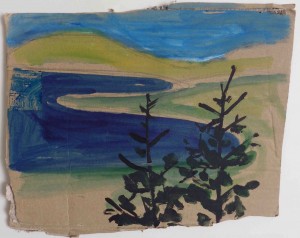 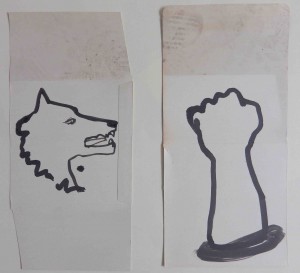