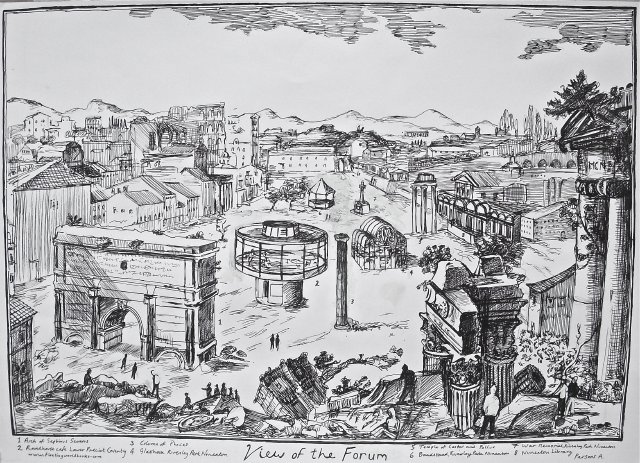 Beginning in 2009 I have been working on a seres of re-workings of images by Gionanni Batista Piranesi, the engravers and architect. The first image was based on Piranesi’s View of The Forum.. It was devised for the exhibition Forum at the Enniskillen Forum. It combines Roman architecture with architectural elements from the city centre of Coventry which was re-imagined and re-built after the war, and of the Library and Public Greenhouse (now demolished) from Nunaeton in Warwickshire. The common thread that ties these seemingly disparate elelmnts together is the the idea of civic virtue – of the design and layout of urban spaces contributing t the common good. In the case of Coventry the sawthes of concrete architecture became a problematic environment as Thatchers policies ground down the once thriving manufacturing base of the Midlands. In Nuneaton the library with it’s neo-classical arches is a reminder of  a time when learning and knowledge and their availability to everyone were considered essential to the fabric of society. 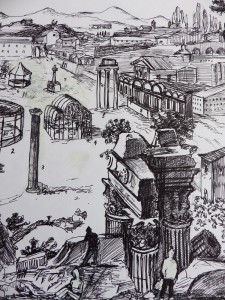 For the Floating World exhibition The Georgian Writing Desk at Bank Street Arts Sheffield I reprised the idea. The exhibition comprised a series of artworks designed to fit into the drawers of a giant writing desk. I was struck by the associations with Enlightenment collecting and the idea of the Wunderkammer .

“Piranesi created a set of prints based on fragments of stone found at the sites of ruins around Rome. Many of the prints involve an attempt to find links between the objects and impose order on the chaos of the fractured remains of the past. Taking this as a starting point I have created my own fragment pictures using objects I own or have owned and subjecting them to the same close scrutiny as Piranesi’s historical remains. The objects refer directly to Sheffield in the musical fragments (ABC and Human League), and to times I have spent drinking and clubbing in the city, and some are drawn from further afield. The web of associations is complex and muddled by the passage of time, and veers between an examination of very specific times and places, and a broader sense of the way objects can become charged with meaning – and how quickly that meaning can be lost.

The prints are photocopied and can be reproduced endlessly, if a visitor wants to take on away, they can.” 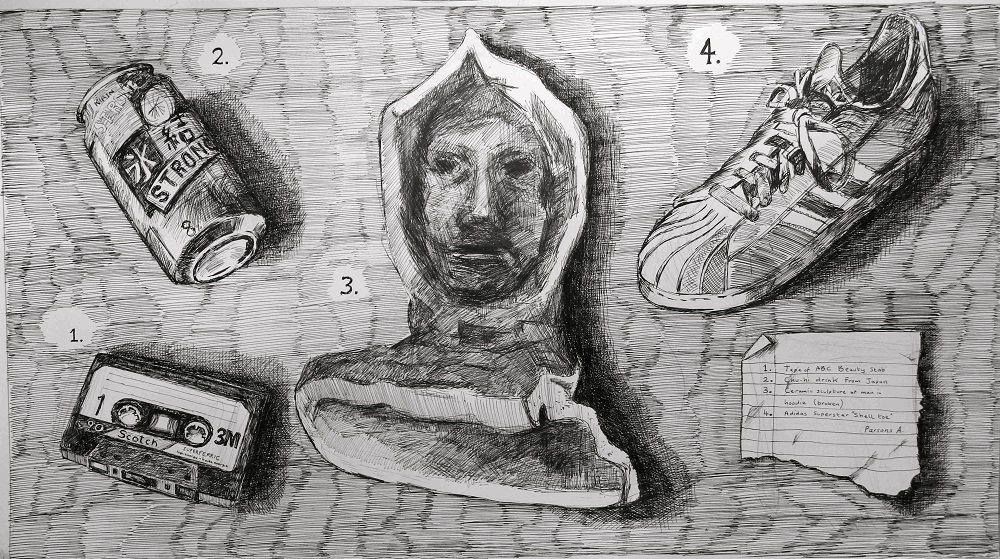 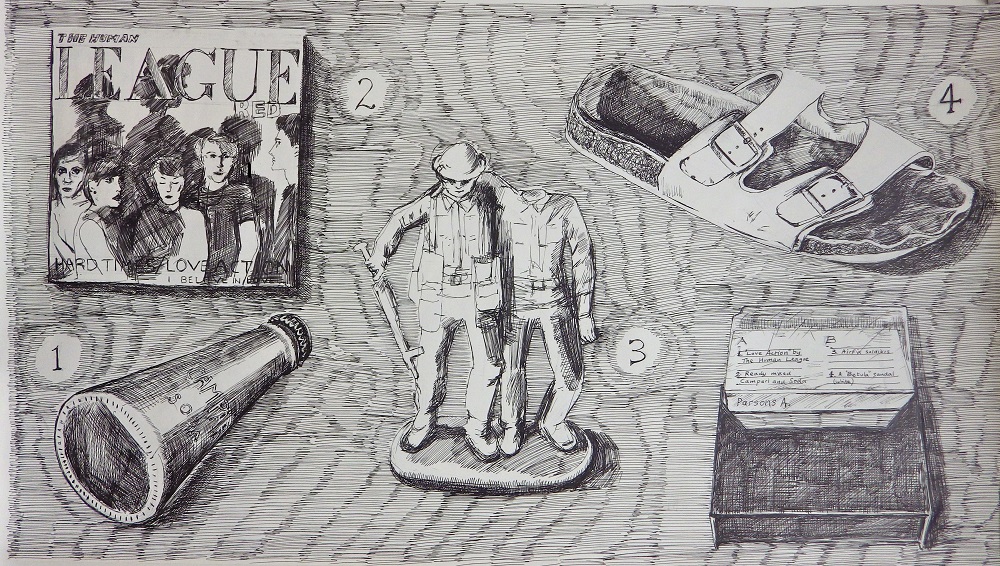 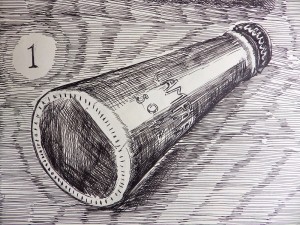 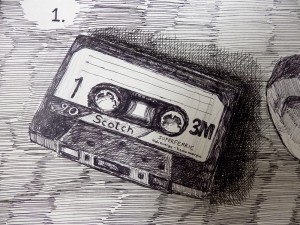 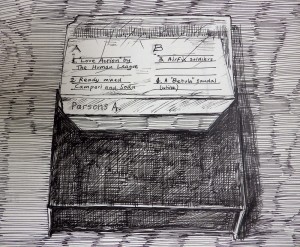 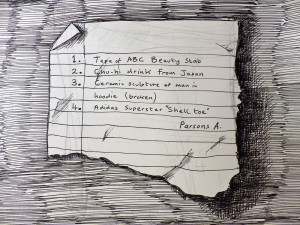